…on making waffles in the morning 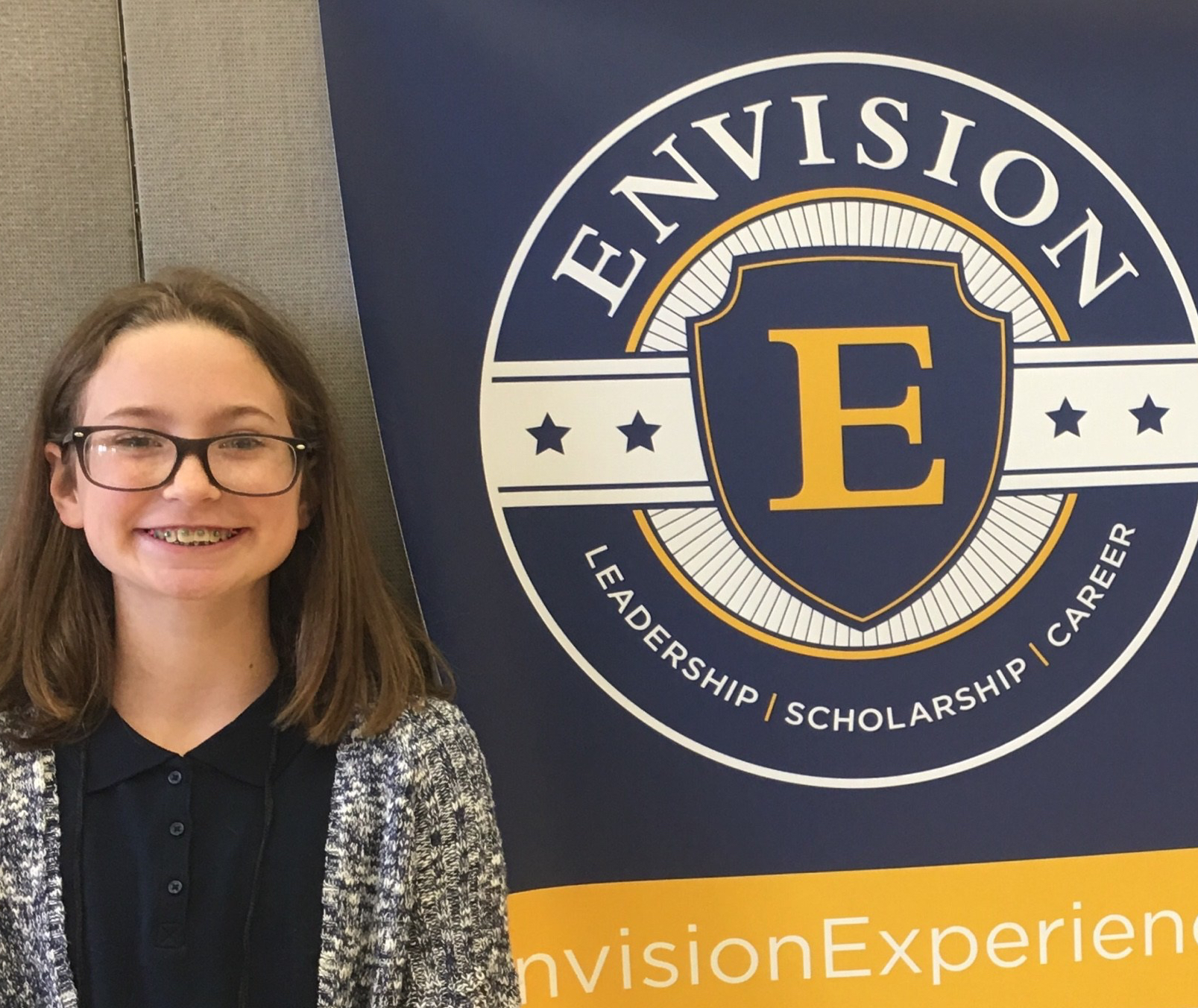 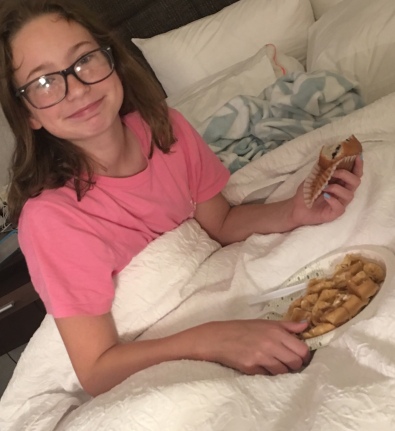 It’s one of my favorite lines in a movie, maybe ever.  It’s a statement made by a donkey, voiced by Eddie Murphy, in the animated 2001 fairy tale, Shrek.  For those of you who may have been living under a rock for the last 17 years, it’s about an ogre, with a Mike Myers brogue, who is contented, it seems, to be an outcast.  He is isolated. irritating and scary to those he comes in contact with in order to protect his solitude.  Alone, and blissfully so, until he is forced into community with other outcast fairy tale characters and a relationship with Donkey, who out of fear for his life seeks shelter with the fear-inducing ogre..  Whether out of benign ignorance or blind optimism, Donkey makes himself comfortable for the night in a place where he should be scared, announcing, “And in the morning, I’m makin waffles…”.

I am thinking of this, because at the moment, I’m making a waffle.  I thought of it yesterday morning… and the morning before that… because, yes, I was making waffles, then, too.  You see, I am traveling with my daughter and our hotel has two of those waffle irons that are now requisite in chain hotels to serve the masses a messy, syrupy sweet breakfast before they get on with their day.  Automatic pilot kicks in as I walk straight to the stand, fill the little cup with batter to the “fill line” and pour it over the hot surface, close the lid and give it a flip.  I then step away to gather a plate and utensils and the butter, syrup, napkins, some juice, a yogurt and a banana — and I arrive back in front of “my” waffle iron just in time to grab the tongs and give it a spin as it beeps.

These steps, synchronized to smooth the service of breakfast on the road, have been practiced, summer after summer, in hotels, such as this, in so many different cities I have lost count.  With a benign ignorance as to its impact on my family, I was a pack mule for my children’s activities, icing the cooler from the hotel machine, loading the car and carrying the toys and sunscreen and snacks, all with a blind optimism that in following the schedule I was doing right by them.  But I wasn’t.  Because the only thing more consistent than the do-it-yourself waffles made in a hotel lobby was the sense of defeat and disconnect from the fairy tale we were chasing.  The one that says that if we show up and play on the right team and keep doing all of these things that we did the summer before that it will end up, somehow, different.  That we will be able to change the trajectory of our lives, even thought we haven’t changed anything else and eventually be “seen” as the right player or person and thus, our purpose for being “here” will be set.

As a mother of young athletes, I spent the better part of those years “since Shrek” shoveling food into my children as we went out the door to practices and camps and meets and games and while there were good memories made during that time, the beep of this timer incites a pavlovian response that turns my stomach in turn with the waffle iron.  I adore and identify with Shrek in his need for solitude and as the miles on my SUV took me further from home I kept wondering why I did it and that discomfort drove me to a new decision.  I was so uncomfortable that I have refused to do it for, or to, my youngest child until now.  Because in all of those trips driving to all of those places I didn’t actually SEE anything that looked different than the city or summer before and so I had to wait until I could see the reason.

This morning, it hit me.  What I could not honor in those travels and with these waffles was that I had become a slave to the fairy tale.  Being a mother is not being a servant to your children (sorry, son) — it is being in service to the love and responsibility you have to help them be who they will be.  In following a prescribed path based solely on expectation and athletic potential, I was actually stunting the potential for EVERYTHING else not just for them, but for myself.  In all of those stops in all of those different time zones for travel team baseball there is nothing that really stands out as a “travel” experience — one that expanded horizons and hope. Signing up year after year, hoping for a new version of an old experience simply expanded the discomfort.   What I yearned for was expanding my vision of myself and my comfort zone and since my children didn’t see me honor it in myself they could not imagine tapping into that in themselves and that was a disservice to their childhoods. 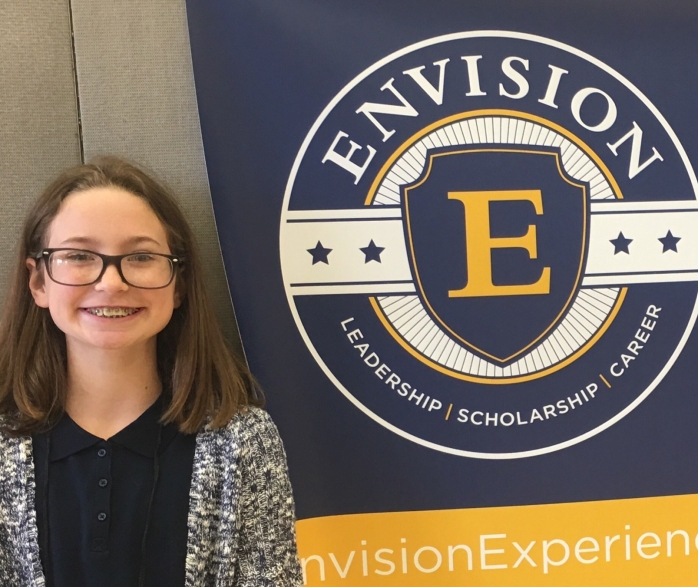 But this morning, it’s different. I am taking the wealth of waffles and breakfast items back up to the room to treat my 11-year old daughter to breakfast in bed.  She’s been a busy girl this week, trying something new.  She is attending her first camp, ever, and it is geared toward leadership development in STEM — Science, Technology, Engineering and Math.  Yes, she’s athletic.  She’s also artistic.  And prone to spending too much time on her iPad.  And yes, she was nervous trying something new in a large city 4 hours from our small college town home.  She was extra tired, this morning, because last night we attended the broadway show “Hamilton” and it was as expansive as I had hoped it would be.  I am willing to serve her this moment because she, unknowingly, is in service to her purpose as a child which is simply learning and growing, even if it’s painful and awkward.  Today, she is going to “get” to dissect a cows heart (her words).  I know there is potential she will get grossed out but that is what has to happen in order for her to learn that discomfort over something new and potentially life expanding is exactly the zone we need to be comfortable traveling in. 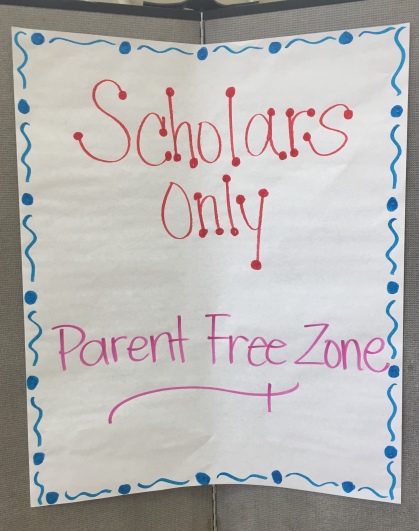 As I am making the waffle this morning, another mother steps toward the waffle irons, unsure as to how to proceed.  I explain the process and realize that my waffle-iron-wisdom is a gift that was hard to appreciate in the midst of it.  A privilege that was born from the ability to travel and do the things I did “get” to do for my older children, even if it wasn’t always right.  Over the last several years, the process of deconstructing a life that didn’t serve me, or my family’s, best interests has strengthened me and allowed me to choose the paths that now feel right, even if they feel uncomfortable.

Here’s the ironic part… In those moments of discomfort I should have waffled.  I should have pulled back and become indecisive about the circumstances of my discomfort because that would have led to a re-evaluation that could have led to a better choice.  Fear of the unknown causes a resistance to change that creates a comfort zone out of a familiar discomfort and history shows us that resistance isn’t revolutionary until there is action that is equal and opposite to the status quo.

Last week, I went with one of my older daughters and my youngest to see Incredibles 2.  A sequel 14 years in the making — so we would’ve seen the first one while still on the Shrek path described above.  I loved Incredibles because the mother was not only “not dead” she, as Elastigirl, was powerful because she was resilient — a popular topic, still, in parenting circles.  Resilience is the ability to bounce back from adversity or crisis and is a focus, these days, because of the expansion of the ways, it seems, our children can be hurt.  I agree that it is vital that we teach our children to overcome.  But, and I know I am waffling here, I don’t believe it is the “bounce back” that is the thing we need to expound upon.  What is equally important, in my opinion, is the ability to stretch, to reach, to be not be blinded by ignorance but pulled by a contagious optimism toward something new. 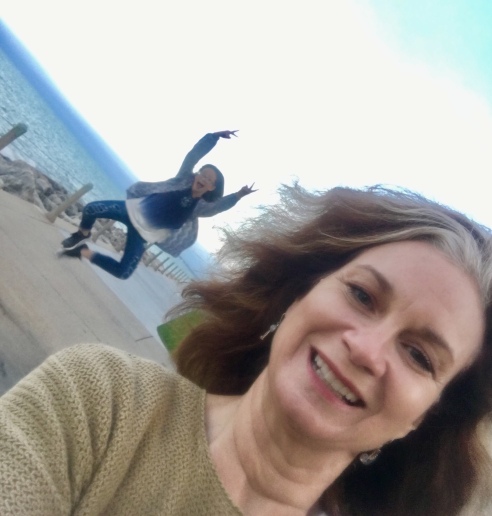 Cultivating the concepts of what it will take for my daughter to lead in her life and career has to start with a willingness to waffle, for both of us.  An ability to expand our list of choices.  The curiosity to question why we are doing THIS and couldn’t we try THAT?  As a participant in Envision’s National Youth Leadership Forum: Pathways to STEM she may, or may not, meet others who will become friends and she may, or may not, have an experience that expands into a career.  What she will have is a familiarity with the unfamiliar.  The feeling that in overcoming her own resistance to change she can, potentially, change the world.  This mindset is appropriately hashtagged as #CarpeFuturum.  Seize the Future.  With both hands and her whole heart I want her to want to reach for anything and everything for herself and she will not be able to do that if she sees me fear doing that, too.

Potential expands exponentially when the willingness to experience something new is the thing we serve up to our children every morning along with their breakfast.   This willingness to step out of the line that we have been placed in is revolutionary and it is what our country was founded on.   It lives on in the exciting rap version of a boring history lesson in the show I took her to last night and it lives on in her.

Who’s to say the turn of a waffle iron can’t be the beginning of a revolution?  It has been, for me.  Choosing not to bounce back but leap forward has been personally revolutionary — being willing to crawl out from under my rock to see even one new place or one new face means that I am still willing to learn and live looking forward to something sweet, even if it’s just a waffle.

← … on definitive donuts and a bucket designed for happiness
…on the beauty of going nowhere, fast →

My “No Surprise” Rule…

I can pretty much deal with anything I know about. So, I don't want to be surprised to see one of my photos, stories, or children pop up where they aren't supposed to be. If you want to use or share these original works, simply share the credit along with it.